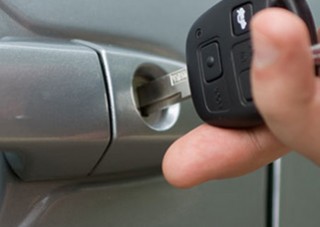 The mystery behind modern automotive keying technology has many drivers confused. Auto dealerships would lead everyone to believe that the transponder key, due to the need for a special chip, must be ordered through the manufacturer. A key, which is perfectly cut to fit in the ignition, will never function correctly without the sanctioned chip. Sophisticated “custom accessories” must be shipped directly from the factory and are only available through dealerships. This new key is not really a key according to dealers, it has a customized chip and is now a computing device. We are actually looking at the device, bewildered as to why it looks more like a “key” and less like a laptop. Whatever we do they would not recommend we call a locksmith because the new sophisticated keying mechanism are factor unique and specific.

Who Better to Pick the Locks and Keys than Locksmiths?

Last week the locksmith came and replaced all of the locks on every door at the dealership and he was treated like a world class surgeon. A customer inquires about replacing a transponder key and suddenly they are depicting the highly acclaimed locking-device genius as a buffalo-head wearing, witch-doctor. Who should make that call? Do we allow the car guys to choose or the locksmith to pick the locks and keys he is able to replace or repair?

Proclaiming that nothing will operate efficiently without being installed, replaced, or repaired by authorized technicians, eliminates all competition. A fitting analogy would be, during the time we are born, since our mother or father could be considered the “factory” which produced us, we must use them exclusively for all repairs or replacements. Thanksgiving dinner might be the time to have dad carve the turkey and maybe take out the tonsils, while he was at it. Mother’s day would be a great time to get everyone together for dinner and have mom remove a cyst, afterwards dad could conduct a vision test and order a new prescription for glasses. It sounds ridiculous but the logic is a precise match.

When the word “key” is allowed to be naturally processed in the mind, associated words such as “lock” and “locksmith” are normally the first options. If the computerized key is considered the “brain” of the car, wouldn’t it be wiser to find a neurosurgeon to due the cutting as opposed to a general practitioner? Locksmiths are the highly skilled specialists of the key world, it is that simple. Brain surgeon prices are normally much higher than a visit to the family doctor. In the instance of replacing a transponder key, choosing a locksmith as opposed to the dealership, is normally just the opposite. Locksmiths are key and lock doctors, period.

Cutting Through the “Fog” on the Windshield:

When it comes to “fog”, it is without question the world’s most plentiful resource. There is no way to keep moving forward in life without clearing the windshield. If a lock breaks on the front door of a home, a door sales company would probably recommend replacing the door. Fog starts rising, as logic is covered by the thick cloud…”why spend money on just replacing the lock, when you will need a new door eventually?” Once again we use the word “lock”. If the phrase “being ripped off by a door salesman” comes up, then the fog detector is working. It is that same cloud cover which is being used for windshield replacement and transponder keys, to create the misconception that dealer specific repairs or replacements are necessary. Locksmiths are exactly like the windshield replacement companies which travel directly to the car to compete the job. Precise keying is what the highly skilled locksmith does best. Computerized chip keys are still considered “keys”, first and foremost.

With computerized keys defined as “keys” and “custom accessories”, determined as a phrase designed to charge more money, the options are clear. Many mysteries of the world are solved by unlocking myths and misconceptions. Selecting a locksmith for replacing or repairing transponder keys has the following advantages:

When it comes to keys of any type, locksmiths are usually the right choice. Regardless of the hype, the key is to make locksmiths the first choice.

No comments to show.